Arctic Char are an interestingly beautiful fish species. Their coloring is the opposite of trout, which have a lighter background color and darker spots. Arctic Char are often a mild muddy green color along their back that fades into a sunset orange hue along their sides and bellies. They may also present bright red and yellow spots along their back and sides. The fins are brightly colored and have a crisp white edge that adds to the sharpened look of these fish. The Char has a darker background color and light spots that may even appear brightly colored. The Arctic Char species is closely related to the Dolly Varden, which is also a char.

Arctic Char is a salmonid fish that can be found in the clear bottom lakes and streams in certain parts of Alaska - and these fish are amazing fighters. They are often overshadowed by the lure of bigger salmon, but make no mistake these are awesome fish to fight and just as delicious as the best salmon. 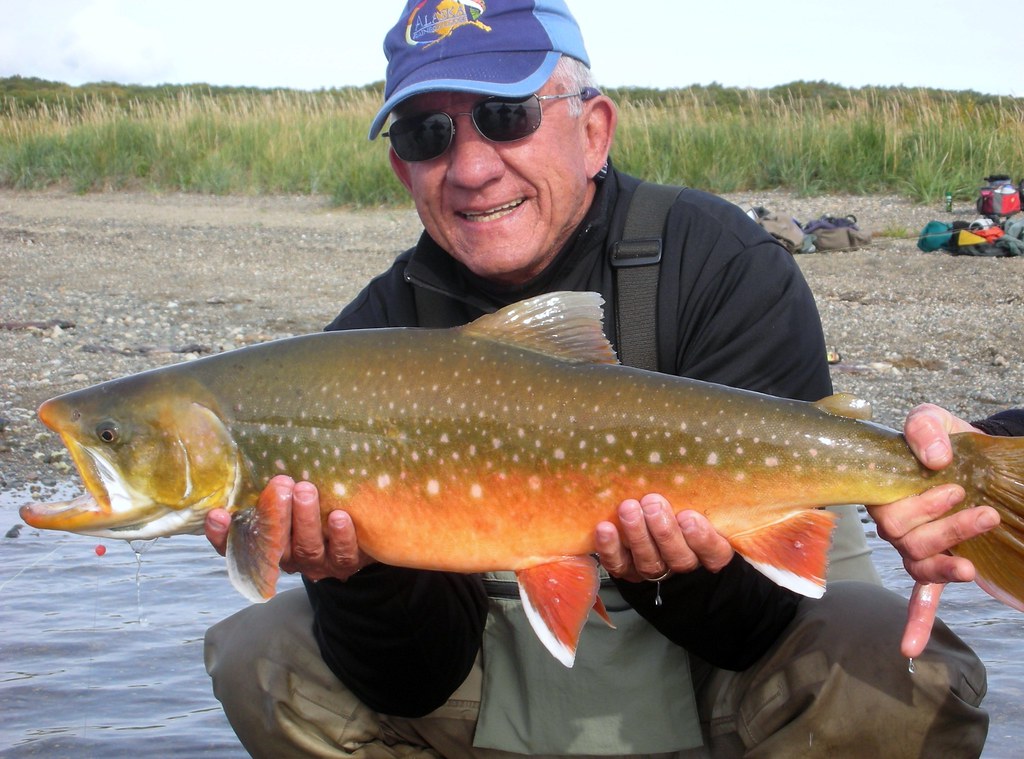 Where to Fish for Arctic Char

The Char enjoys the colder waters of Arctic and subarctic lakes and rivers. As such their territory is fairly limited to the inland portion of Bristol Bay, and in the arctic circle and polar regions. Char are mostly found in lakes, though some are also caught in rivers. Like Rainbow Trout, they seem to follow the salmon. A good sized Char can weigh up to 10 pounds with a maximum weight of up to 15 pounds.

If you are fishing for Arctic Char in rivers, remember that they love the colder waters. One of the best places to fish is in the deeper holes where a whitewater rapid or rapid riffle empty into a deeper hole. If you approach slowly, you may see your target. They like to bask on the shallow edges of pools where the water is calm. At the slightest indication, they will dash off into the blue murky waters that color the deeper holes.

Char, like other salmonid fish, love salmon roe. Keep that in mind when picking out flies. When the salmon are not in the river, the Char eat insects and smaller fish. The key is to look around the river before you begin to fish. The Char are primed to eat whatever is available, but as chaotic as that may sound, there is a deeper cycle. That cycle follows the insect life cycles and the spawning cycle of the salmon. If the salmon are in the river, consider something with an egg pattern such as the Peachy King #12 or the Double Egg Pattern. Popular insect dry flies include the Alaskan Dart, Alaskan Omlette and Glo Bug patterns. If you have an egg kit, consider adding a few beads to your leader if the salmon are also in the river. This is a good trick when fly fishing for Rainbow Trout and Dolly Varden as well. For deeper holes, use brighter flies.