The Dolly Varden species are often confused with trout but they are, in fact, a Char. The Char is a salmonid fish that are colored just the opposite of trout. These are darkly colored fish with brightly colored dots in reds, oranges, and yellows. Trout have darker spots. Dolly Varden also differ from Arctic Char in that the mouth of Dolly Varden are more hook-shaped like those of a salmon. These are wonderful sport fish that love to fight but they are quite a bit different than fighting a rainbow trout. If you hook a Dolly Varden, the fish will stay lower in the water near the bottom. They are crafty too so never let them gain slack on the line.

There are two types of Dolly Varden, the dwarfs and the regular. The dwarfs are smaller fish with a 3-6 inch body. The regular Dolly Varden can grow upwards of 24 inches in length and a trophy sized Dolly Varden weighs over 25 pounds. 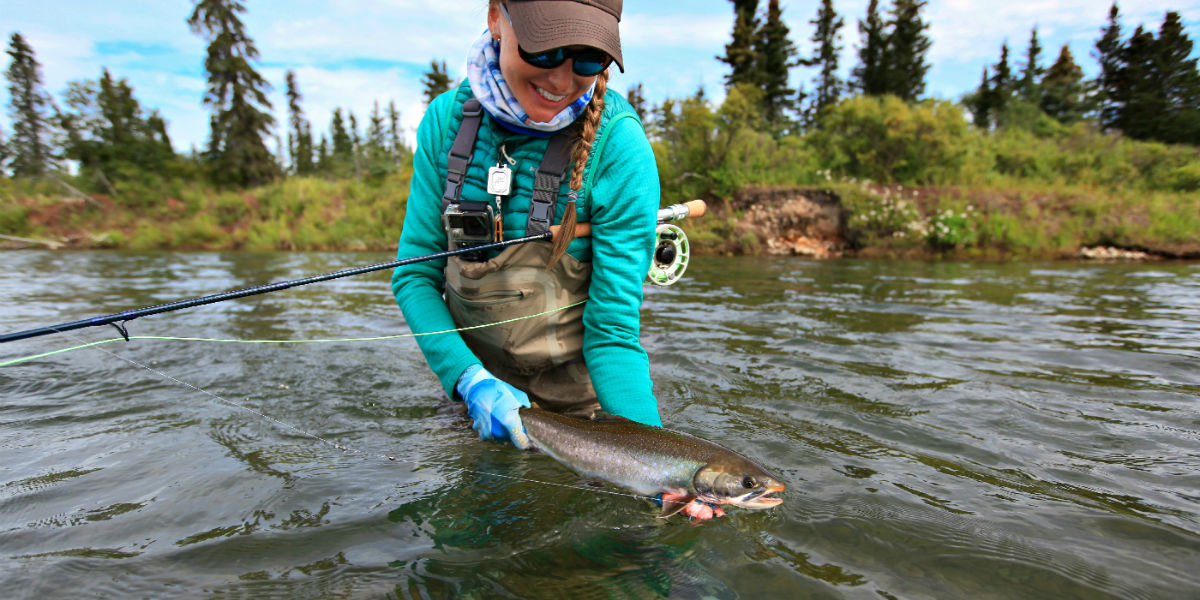 Where to Find Dolly Vaden

The larger variety of Dolly Varden are found north of the Alaska Peninsula and into the interior sections of Alaska. The Kenai River is an excellent spot to find Dolly Varden but it is not the only spot. The intertidal zones of the rivers are often an excellent spot to find Dolly Varden. If you are in a section of river above the brackish water line, then look for the Dolly Varden along riffle zones, in medium to deep holes and runs of the river. The Dolly Varden are in the river for two reasons. One is to eat salmon roe and the other is to find their own spawning ground. Dolly Varden travel from freshwater to oceanic waters and back again to spawn. They differ from salmon in the fact that they can spawn multiple times in their life.

Dolly Varden are veracious eaters, but they can be picky about flies. The best choice is to follow the example of the river. Whatever the river is offering up for food is what you should mimic your fly pattern after. If the salmon are in the water then egg patterns work well. Flies like Unreal Eggs, or flies with beads are usually awesome choices for both Dolly Varden and Rainbow Trout. If you are fishing in the tidal zone consider flies that mimic minnows. The Clouser Minnow series are a good choice as well.

When setting the hook keep in mind that the mouth of Dolly Varden is very soft so don't set the hook too roughly, or you will lose the fish. If you are fishing in a catch and release area, never take the Dolly Varden from the water. Instead, remove the hook while the fish