Northern Pike are fondly referred to as water wolves. While these monster predators are native to Alaska, they are considered to be invasive in the waters of South Central and Southeastern Alaska. As adults, there is not much besides humans and bears that prey upon the Northern Pike. These are monstrous fish that are wickedly intelligent - and put up one heck of a fight.

The pike is a lurking predator, long and lean they will lurk in the shallow among the weeds and water plants. In fact, the more plants the better for the wily pike. They have over 700 teeth in their wide and oval jaws. Larger adults can easily take down a foot long trout...sometimes in a single gulp. It prefers to eat other fish, but it has been known to eat aquatic insects and even small mammals. Researchers from the Alaska Department of Fish and Game have discovered as many as ten whole salmon smolts in the stomach of a single pike. 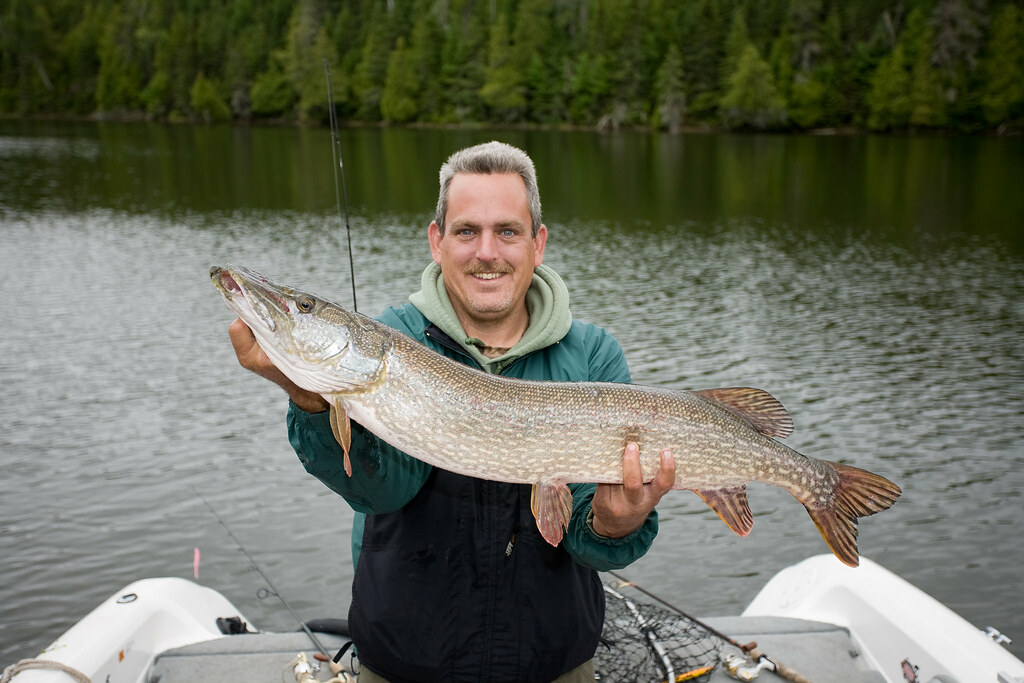 Where to Find Northern Pike

Due to illegal stocking, Northern Pike can be found throughout Alaska. In rivers and lakes, look for them where the water vegetation is thickest. This is the part of the river or lake where the best pike fishing in Alaska happens because they prefer to lie in wait for prey. Juvenile fish use the vegetative areas of waterways to hide from prey and to eat.

These are the heavy hitters of the predatory fish world. A 9 weight rod is usually required. A 10 weight rod is usually best. Some have been landed on 8 weight rods. The reel should also be heavy weight and expect even the heavier weight poles to bend considerably under the strain of fighting a Northern Pike. They strike like you've been hit by a small car and that is only the beginning - we are talking about a fight that will wear you down.

The goal should be to choose flies that will occur naturally along the surface and top section of the water. Amphibian flies work well, such as (obviously) frogs flies. Along those lines flies such as leeches, mouse flies, and Naiads should be chosen. There are other flies like the Pike Popper that also work well. Minnow flies in red and yellow are top choices as are the wigglelegs frog.

Since Northern Pike are lurkers, your fly action should be as natural as possible. Short strokes that move a dry mouse fly across the surface or a slow rhythmic jig with a frog will attract Northern Pike. They are varied feeders so if one type of fly or lure is not working switch it up to something different. These are smart fish with keen eyesight so approach the water in clothes that help you blend into the surroundings.

Invasive northern pike are causing serious problems with native and stocked fish populations on the Kenai Peninsula. They have also severely damaged some salmon populations in the Susitna drainage and the Anchorage bowl. Northern pike are native to most of Alaska north and west of the Alaska Range where they are an important sport and subsistence fish, but they are not native to Southcentral Alaska. Northern pike do coexist with salmon and trout in much of their native range but even there they can still reduce fish populations, especially if the habitat is suitable for northern pike such as shallow, weedy, slow-moving water where they can hide and ambush prey. Northern pike prefer to feed on salmon and trout over other fish species and have even been known to prey on baby loons and ducks.