The Pink Salmon goes by several different names, including the Humpback Salmon or just Humpy. They get their humpy name because, at spawning time, the males develop a hump on their back (side note on appearance, their jaws appear to be hooked). Pink salmon only spawn every two years, and those years happen to be the even numbered calendar year. So get on the water during even years because you will not see the adults in the rivers for another two.

The species are a smaller salmon, only reaching 25 inches in length and weighing between 3.5 and 5 pounds – this is quite a contrast to their monster cousins, the king salmon. Pink salmon have a two-year life cycle and the fry migrate to the ocean immediately after hatching, where they feed and grow for those two years.

So why are these fish so popular? One reason is that they are the most populous species. They even show up in greater numbers than the red salmon do. 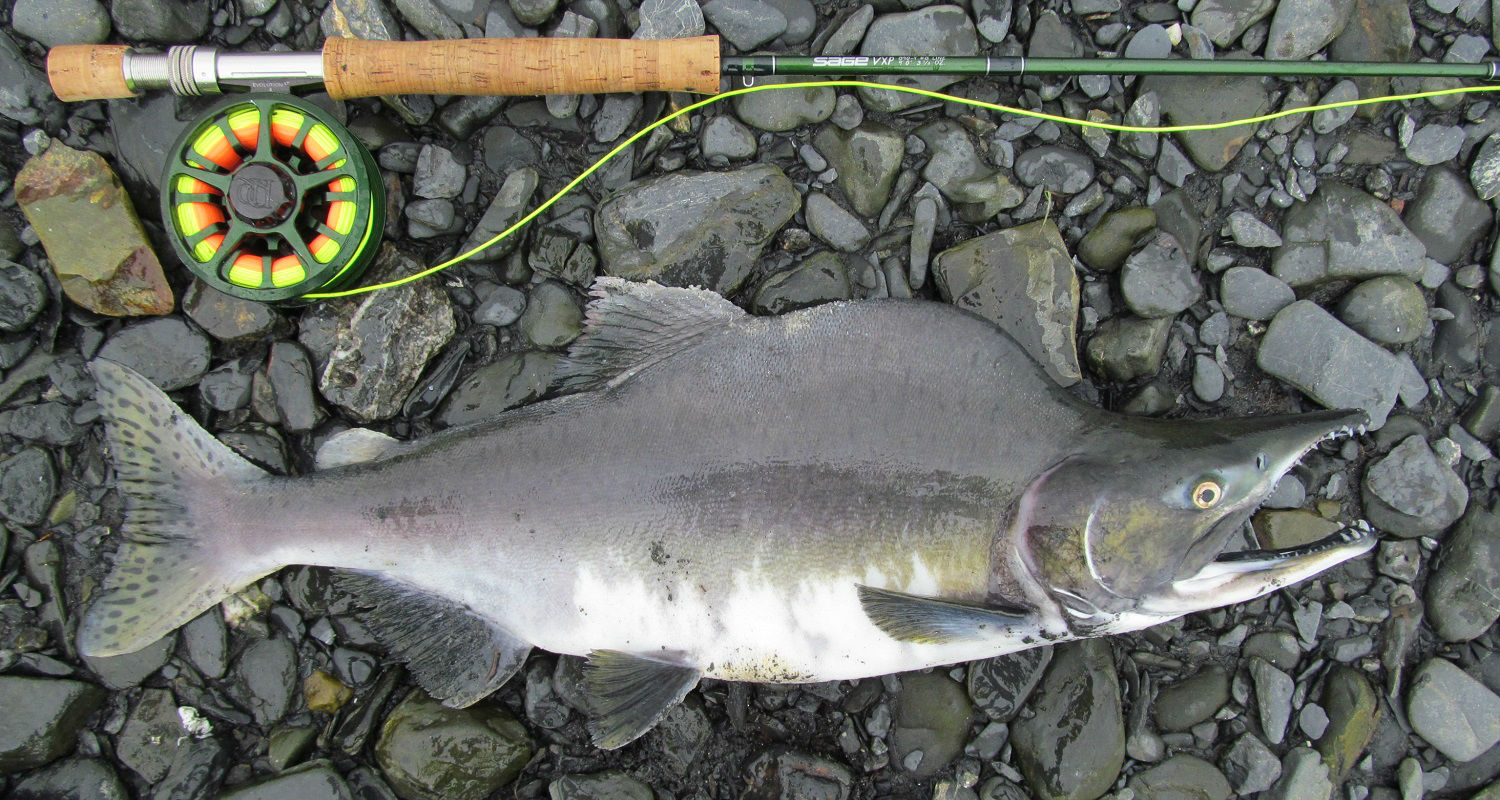 The jaws and mandibles of pink salmon are fairly soft and that causes problems when you try to set the hook. Unlike other salmon you don't want to set the hook hard because you could easily pull the hook right through the soft mandibles and lose a great catch.

Where to find Pink Salmon?

The spawning runs of pink salmon are large because they only spawn every two years. As a result, the population spreads out across most of the Alaska coastal regions during the spawn and anglers can find them almost everywhere in Alaska. The exception is that you won't typically find them in the deepest parts of the inland region. When the pinks are in the rivers, they love to lounge in the deep holes. When silver salmon are in the rivers, they sometimes chase the pinks out of the deep holes. If that is the case, you will find pink salmon in the currents – usually in water that is no more than 2-3 feet deep. The lesson…be aware of the coho salmon population when you are targeting pink salmon.

What flies do you use for catching Pink Salmon?

What I am about to type here sometimes causes an argument among fishermen…but I will type it anyway. Jigs work well on pink salmon. Try it! You can jig for pink salmon with a spinning rod or you can choose to use a fly pole. Jigging is a motion that requires some thought. The overall goal is to raise the jig up from the bottom and let it fall again. Fish strike a jig as it pauses or begins to fall back towards the bottom. The speed of the jigging rhythm is also important. If you are using jigs, be sure and adjust the rhythm to match the rivers speed. Don't be ashamed to jig for pinks.

You can also fish for pink salmon with sinking flies. Pinks rarely hit a dry fly. Flies have an okay strike ratio but the jigs seem to attract the pinks. They are interested in the motion of the fly or jig, especially if they are in a deep hole.

Pink salmon have a favorite color, and it is Fuchsia Pink. They won't hit a white or green or blue or black fly or jig, but they will go after a pink fly or jig with abandon. That is probably the best tip around for catching pink salmon. Some flies and jigs to consider when targeting pink salmon, by common names:

Some of the pink steelhead flies also work well. Just remember that they love the color pink. As noted above, I would highly recommend trying a jig when you are out fishing for pinks. It may seem unconventional, and the guide might even wonder what the heck you are doing, but after a few minutes you might change your guides mind about jigging. There are usually enough pinks in the river in their spawning year that you have the freedom to explore some other styles of fishing. Try the jig. Coho's like the jig method too... so if you entice a coho to bite, the fight will be just that much better.

Incredible Day of Fly Fishing for Pink Salmon in Alaska

Tying Your Own Pink Salmon Flies