Rainbow Trout are one of Alaska's most sought-after sports fish. These fish have a diverse range and habitat. Some of the best fishing is on the Alagnak River in the Bristol Bay Watershed. The Kenai River and its' tributaries are also keen spots for trophy sized rainbows.

Rainbow Trout are voracious feeders. They are known to follow the salmon and feed upon carelessly buried salmon roe. They are fond of roe from all five species of salmon. The smaller clear bottom streams and rivers offer rainbows year round food. When the salmon are not in the rivers spawning, the rainbows make a meal out of aquatic and terrestrial insects. In the smaller streams, they grow to monstrous sizes. While a good sized rainbow will easily weigh ten pounds, a trophy rainbow trout can weigh up to 18 pounds and be 30 inches long. 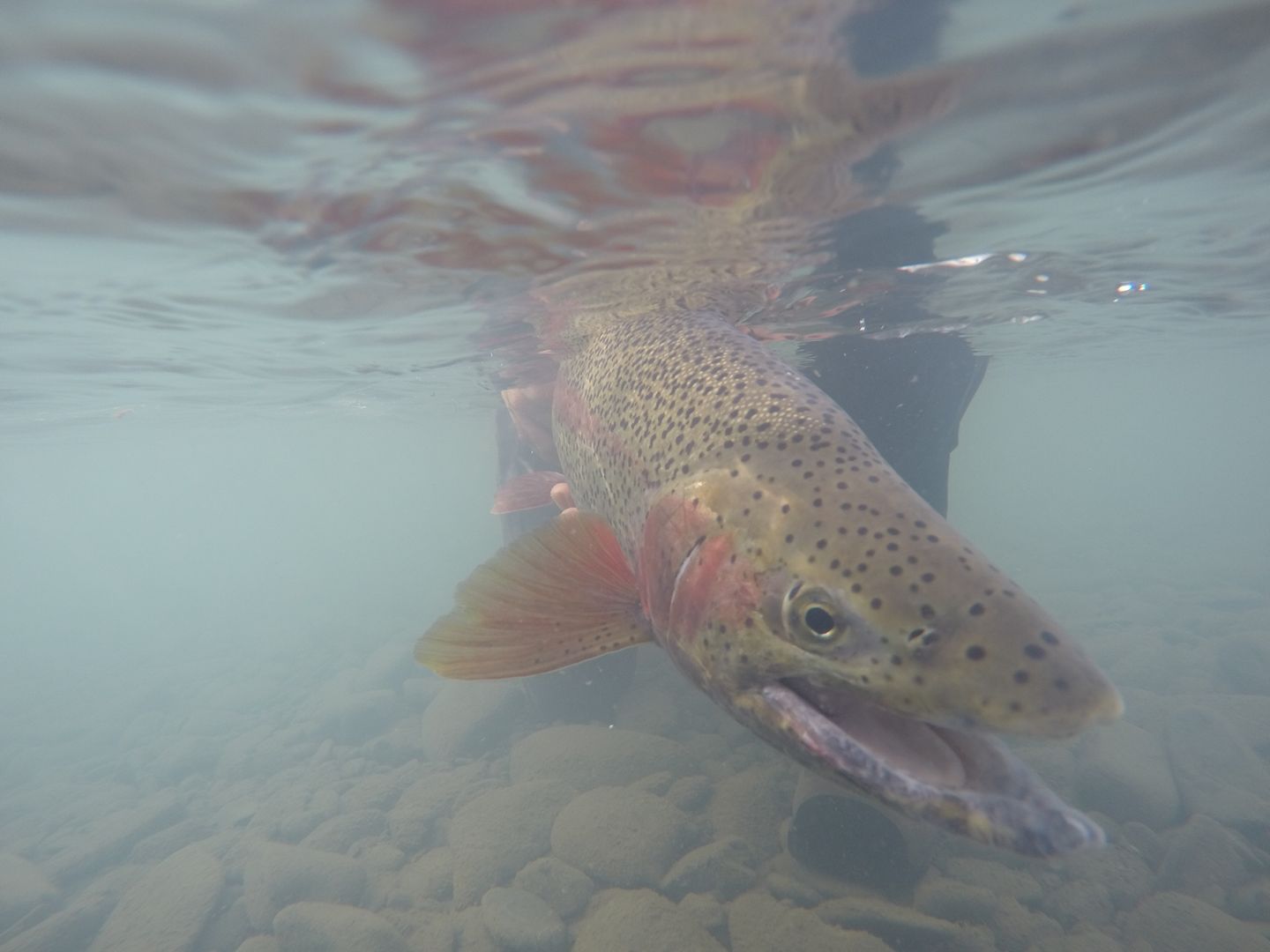 Start with an 8 weight pole, but consider a 9 weight pole if the salmon are in the streams. Rainbow trout are fighters so a medium to heavy size reel is needed. Most areas are catch and release only for trophy rainbows, especially the smaller Copper River. The abundance of trophy sized fish is due to the catch and release policy. How you catch and land a fish will play heavily upon its survival once you release it. The Catch and Release rivers are found in this handy guide by the Alaska Department of Fish and Game. The expectation for sports fishermen is that they know how to catch and release fish. This guide explains the steps for catch and release, and lists the Alaska State Trophy Fish record holders. Maybe you can add your name to that list.

Like many of the fish found in the Alaska river systems, fly selection is going to depend on what the river has to offer in terms of food. When the salmon are in the river, roe and egg flies work best. The color selection for roe, beads, and egg flies change depending on where the salmon are in their run. Fresh roe is brightly colored orange-red but older roe can range from pink to chartreuse in color. So if you are rigging up for rainbows during salmon season, consider the timing of the run. Rainbows are known to follow the king salmon upstream. They happily feed on roe all along the way. So from May through September, brightly colored flies in egg patterns work well.

Rainbows are opportunistic feeders. They will strike a wide range of flies, but the flies that work are usually those that mimic what the river is offering. Insects, such as flesh flies, egg sucking leech, and naiads will work too. Rainbow trout will also hit flies that represent frogs and mice. Be sure to have a well-stocked and varied fly selection when fly fishing for rainbow trout in Alaska. Dry flies or wet flies depend on the river and the time of year. For some of the best trophy rainbow fishing, try the waters around Lake Iliamna.

Great Video on fly fishing for Rainbow Trout in Alaska

How to tie a Moorish Mouse Fly