As you may be aware, Alaska is known as the salmon capitol of the world and still produces more salmon than any other region on the planet! For anglers wishing to pursue all species of salmon – this is the place to be.

However, if King Salmon are you desired species, then you must enjoy battling freight trains because once hooked – a king salmon is just like battling a freight train on a fishing rod! The average size of a king salmon depends on the river system but fish in the 20 - 25 pound range is probably the statewide average with the largest salmon topping the magical 70-pound mark! King salmon are targeted in both freshwater rivers pre-spawn and of course in the open ocean. These fish spend the majority of their lives in the ocean feeding on herring and squid as their main diet. There are a lot of king salmon ocean fishing options to target these huge salmon in Alaska...however, we focus on fishing for these beasts in freshwater just as they enter the river system on the tides from the salt as they are in peak condition!

There are 3 main rivers in Alaska if your salmon of choice is king salmon. The one that has the largest kings is the Kenai River located just South of Anchorage on the west side of the Kenai Peninsula. This river system is in the midst of a huge comeback after a big decline in the mid-nineties. It has been highly regulated the past 20 years or so to try and bring back the giants that were once so common to the river. It is good to note that despite these closures in the past several summers to sport anglers, there are still huge kings being caught annually on the river. The kings on the Kenai River actually have 2 distinct runs, a smaller spring run in May and a larger run in July. Like most rivers in Alaska, when the kings are in the river system, so are the sockeye salmon. This is true for the second run of king salmon on the Kenai River. Fishing the Kenai is the most accessible of all 3 rivers and for the budget minded angler, this may be the best choice. The advantage of being on the road system affords many the opportunity to target king salmon on a modest budget. It's also a great option for those looking to add a day or two of guided fishing to their Alaska vaction due to it's central location and easy access…and do to it's location and great fishing there are many quality Kenai River fishing guides to choose from. Methods on the Kenai are mainly by trolling. This method seems to work best with the heavy pressure and spacing boats out accordingly. The Kenai is also offers excellent fishing for rainbow trout, dolly varden and other species of salmon.

With heavy pressure comes an opportunity for anglers to do their part in bringing back this incredible fishery. Everyone remains cautiously optimistic that this fishery is on the comeback and practicing catch and release is starting to prove a very successful management tool.

The Nushagak River is by far the healthiest river in Alaska when it comes to sheer numbers of king salmon. Most years, this river has a very predictable return of king salmon that is close to or more than 100,000! This annual return average is the largest run of any king salmon fishery in the world. This river is located on the west side of Bristol Bay with the town of Dillingham being its outlet to the bay. What makes the Nushagak river so desirable is that it is very remote and is only accessible by floatplane. There are many lodges and camps on this huge river system making it a very accessible river for the anglers who visit annually during the peak of the king salmon run starting in mid-June and running through early July.

On the Nushagak River, bait is allowed to target kings as well as single hook lures. Anglers utilize all methods to stay into fish all day long here and switch up methods to stay on top of the fish. Anglers on the Nushagak River have every option available with the allowed use of bait. Kings have a pre-programmed instinctive desire to eat other king eggs, so curing eggs and drifting them is one of the best methods to catch these giants! If catching kings is really all one wants to do, this river system is by far the best option for pure king salmon gluttony!

Aerial View of the Nushagak River

Like most rivers, the smaller kings are at the start of the run on the Alagnak and soon followed up by the more mature kings that have spent an extra year or two in the ocean gaining length and girth for their return to spawn. The Alagnak run of king salmon peaks near mid-July and is typically over by months end. The largest kings usually come in the 4th week of July, but the best numbers come in 2nd and 3rd weeks of July. The Nushagak sets a bar at 40” for a big king, while the Alagnak bar is more like 50” for a big king. With the Alagnak being a smaller river with less pressure, it allows guests more options other than kings so maybe something to think about when trip planning. Depending on the time of year all five species of salmon, trout, char & grayling can be targeted in the Alagnak River.

Aerial View of the Alagnak River
About the Author: John Perry 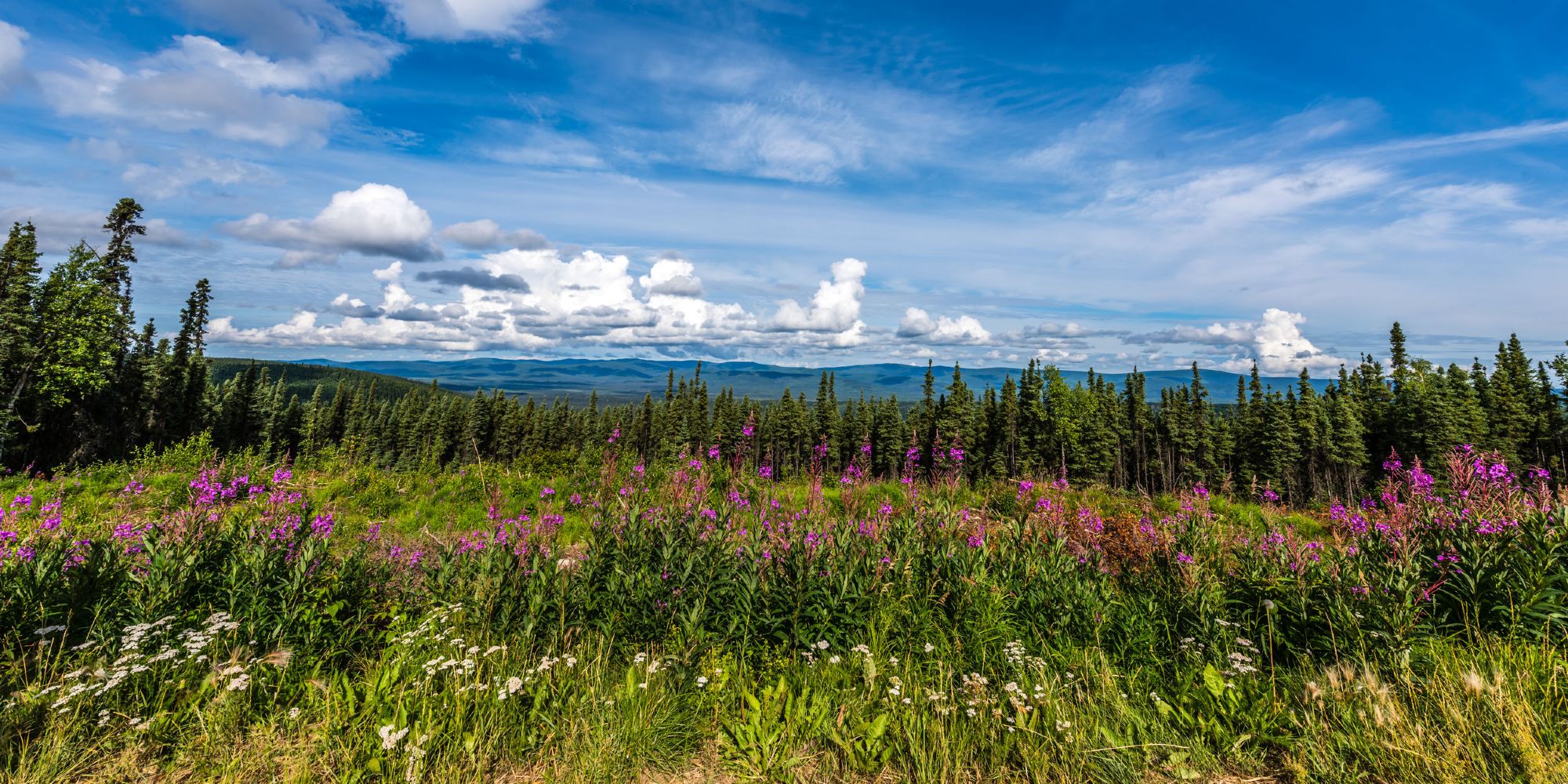 The Best of Alaska Fishing Ask the Pros Q & A

November 11, 2021
Experienced fishing guides and lodge owners from Alaska answer questions about visiting & fishing Alaska. This best of list includes tips on fishing with kids, places around the Kenai Peninsula and how to have a remote fishing experience in Alaska.

March 17, 2021
Find out how four Alaska Fishing Guides were able to open in 2020 and how they are going to use the lessons learned to help them make the 2021 season a success. 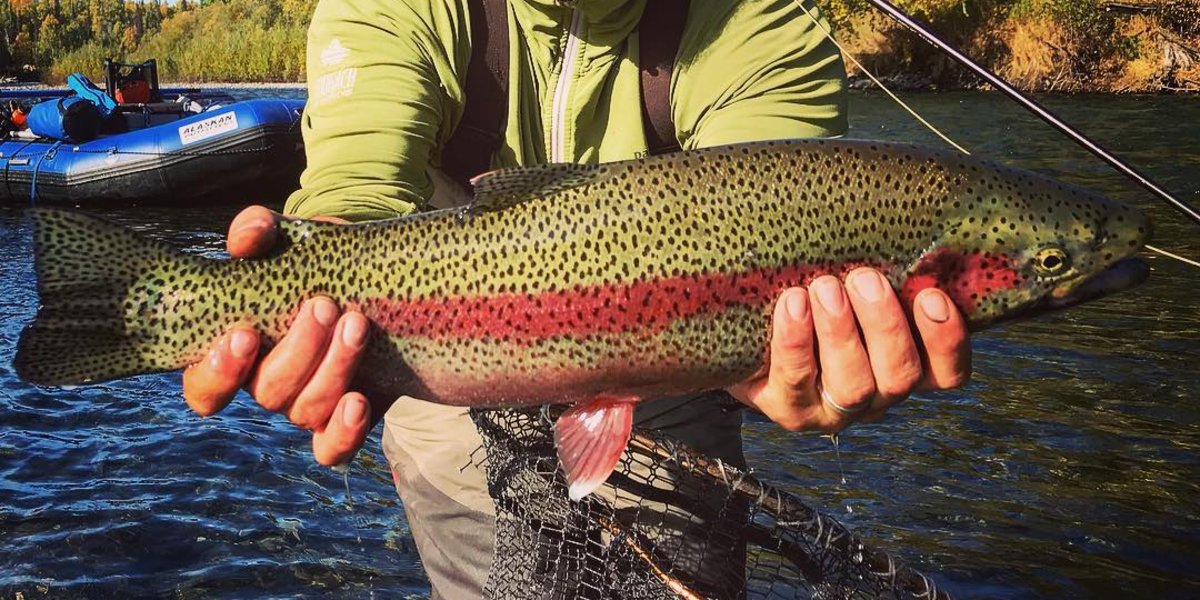 August 02, 2021
Larry is planning a fishing trip to the Kenai Peninsula and wants to target Silver Salmon & Rainbows. He gets advice from the pros on the best time to go & more