The beautiful Jade green and emerald green waters of the Naknek River run for 35 miles from the Naknek Lake in Katmai National Park and Preserve to its mouth in Kvichak Bay. Welcome to the Bristol Bay Watershed and one of the most fished rivers in the world. The Naknek River sees some 15,000 fisher days and ? of the total anglers for the area. They come to experience this incredible fishery sat against a beautiful backdrop that, in summer, shows off its shades of green.

Getting here is simple. It is a 300 air-mile flight from Anchorage to King Salmon or a seaplane to one of the beautiful lodges or camps on the River. There are three towns here and not a lot of infrastructure, even though this was once the major salmon cannery in Alaska. The village of Naknek has a population of 544 people, King Salmon is home to 374 people, and South Naknek has a total of 79 people.

People come to fish, though, despite the small sizes of the towns, there are things to do. First, Naknek Lake is within the boundary of Katmai National Park and Preserve, as is a portion of the Naknek River. So, you have all of the many activities that you will find in Katmai. Those include the fantastic bear viewing platforms near Brooks Camp. Backpacking and hiking within the park, boating, and ranger-led programs and hikes. There are also campgrounds here which you will not find along the river.

In Naknek, you can find the Bristol Bay Historic Museum, which does a fantastic job of documenting the growth of the area from 6,000 back and celebrates native culture, the appearance of the Eskimos, and eventually the Russians. In Naknek, you can find cabin rentals, fishing lodges, fishing guides, air charters, and even boat rentals. King Salmon offers a few amenities, such as a small grocery store, a few pubs, and a hotel or two. You will need to supply your groceries if you are renting a cabin, and King Salmon is the best place to do that. There is a trading post in Naknek that offers a few groceries, fishing gear, and other outdoor recreation equipment.

The primary reason to visit the Naknek River is to fish. There are five species of Pacific Salmon here and Trophy Rainbow Trout, Dolly Varden, and Arctic Grayling. That's a statement you hear a lot when reading river details in Alaska. The difference here is that the Salmon show up in the millions and the Trophy Rainbow Trout are bigger, wilder, and just plain aggressive. We're talking about 30" rainbows that are fat, hungry, and ready to battle. Sockeye Salmon fishing is another reason people come here. Their runs are in the millions and at one time supported six or so canneries along the River. Today, up to 20 million Sockeye to swim the Naknek River during their spawning run.

The first fish to target on the Naknek River are the Trophy Rainbow Trout. They leave Naknek Lake just as the ice breaks to feed on last year's dead Salmon and the roe that is dislodged by the flow of water. Naknek Lake is also a fantastic place to fish for trophy Rainbow. They spend a great deal of time there feeding on the millions of Sockeye fry. The Rainbows are available all season long. King Salmon, whose presence brings the Rainbow fishing into focus, appear in late June and run through late July. The Sockeye Salmon begin to show up in June and are plentiful by the last week of July. Expect to find the River and its tributaries full of Sockeye by mid-July. The Silver Salmon appear in late July and depending on the year, and the weather may be available in September.

It's definitely worth considering the Naknek River if you are looking for excellent Trophy Rainbow Trout fishing along with the opportunity to target Salmon, Dolly Varden, Arctic Grayling & Arctic Char all while staying in the heart of the Alaska wilderness. 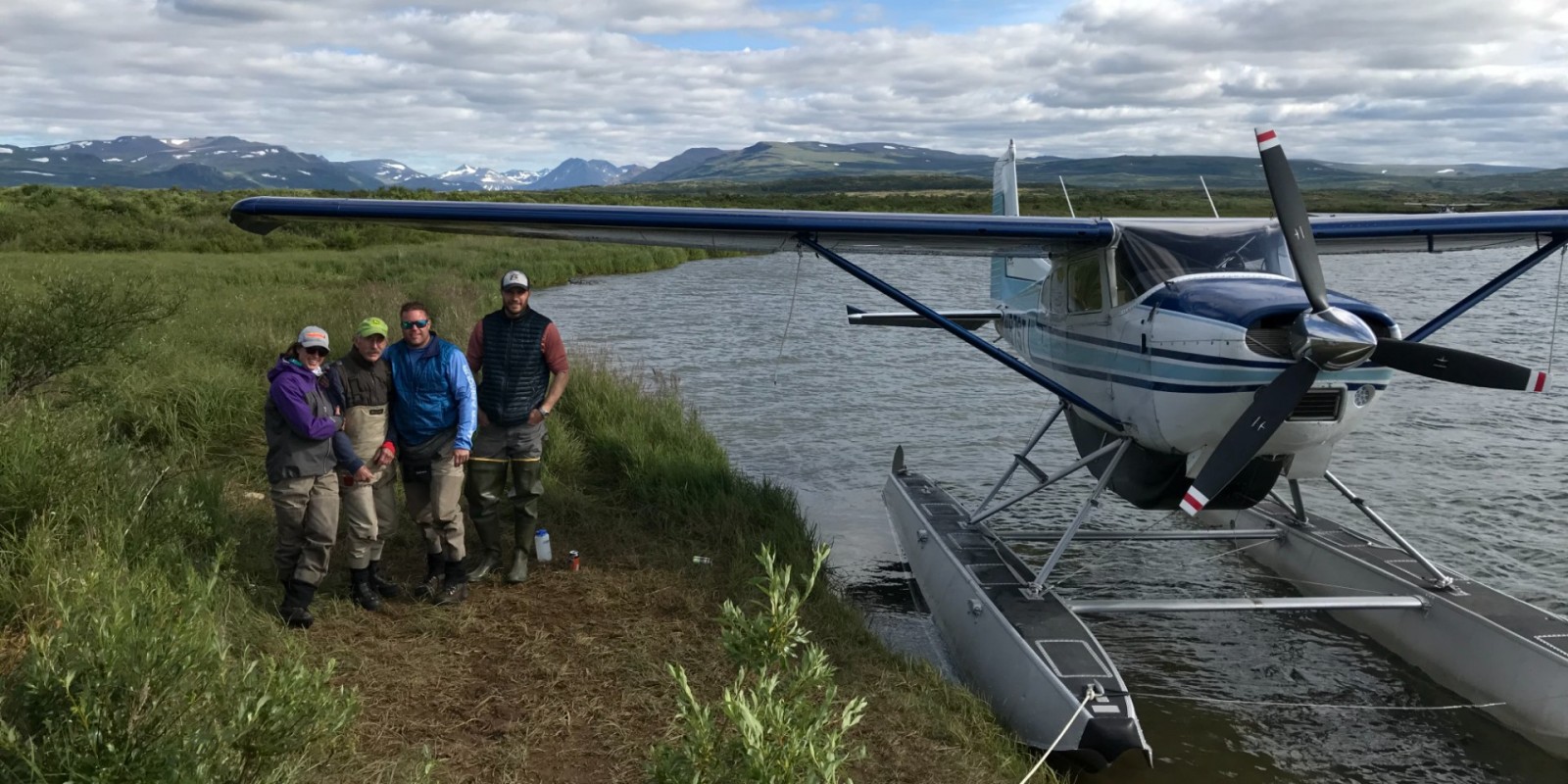 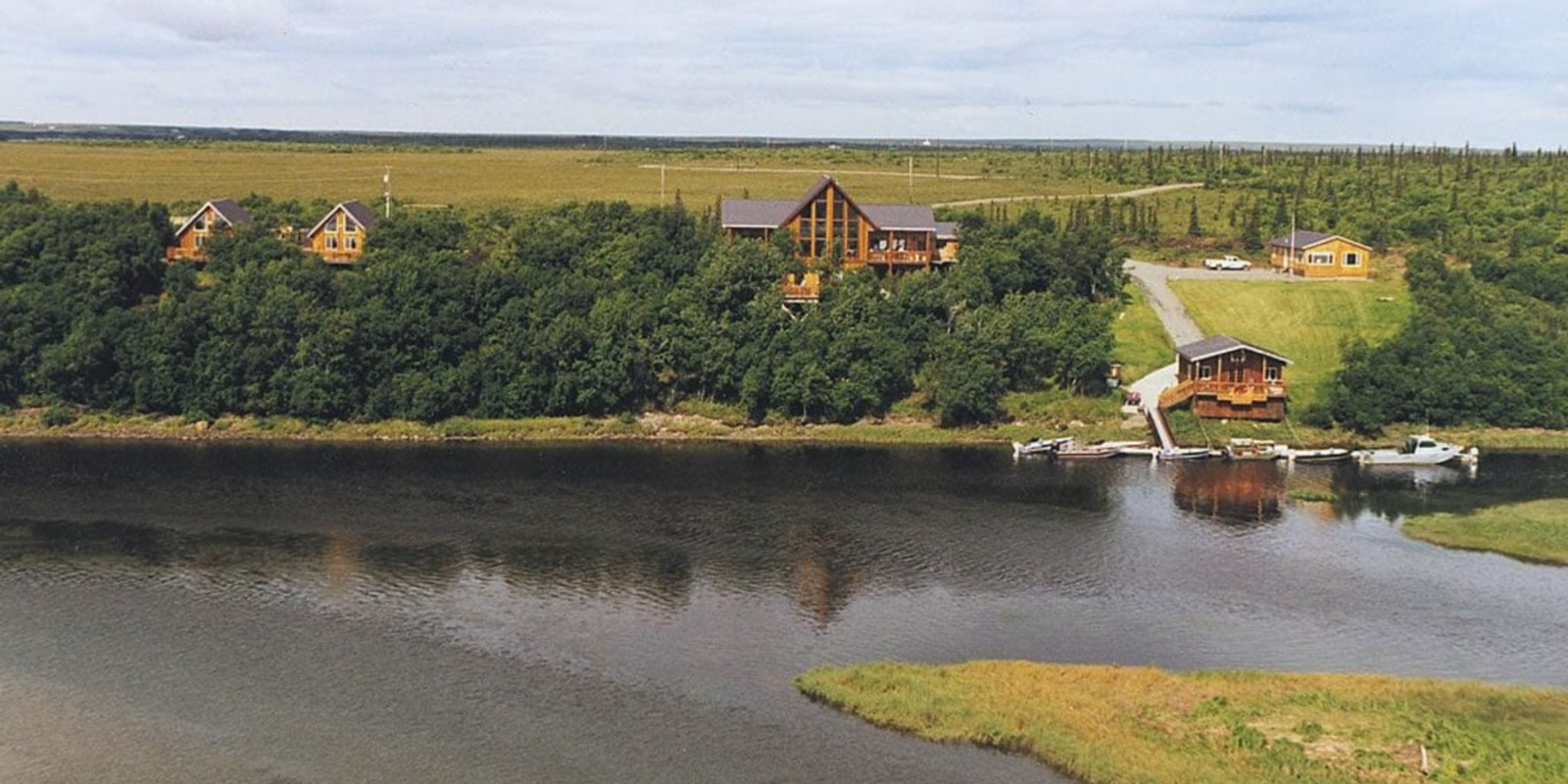 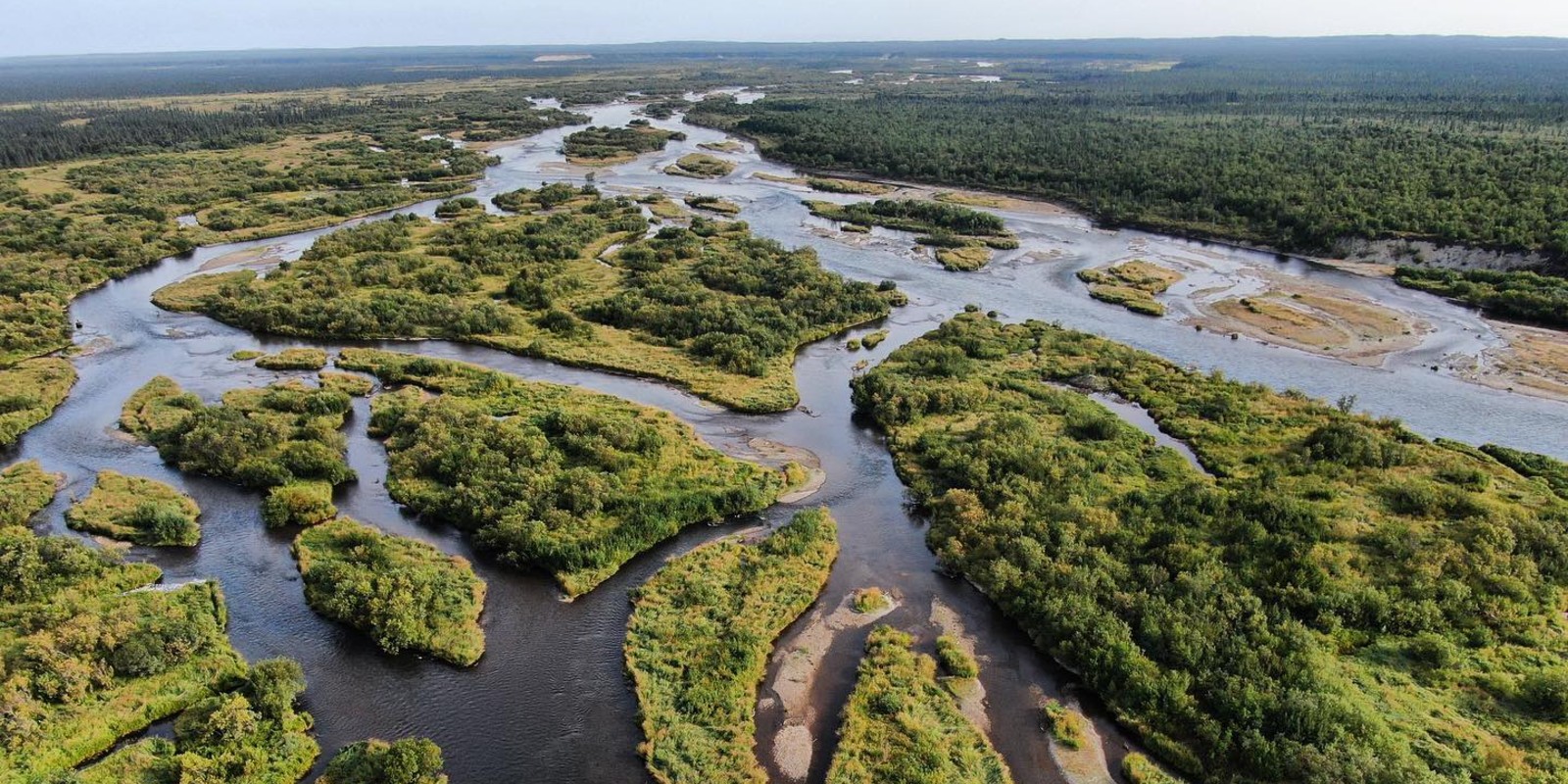 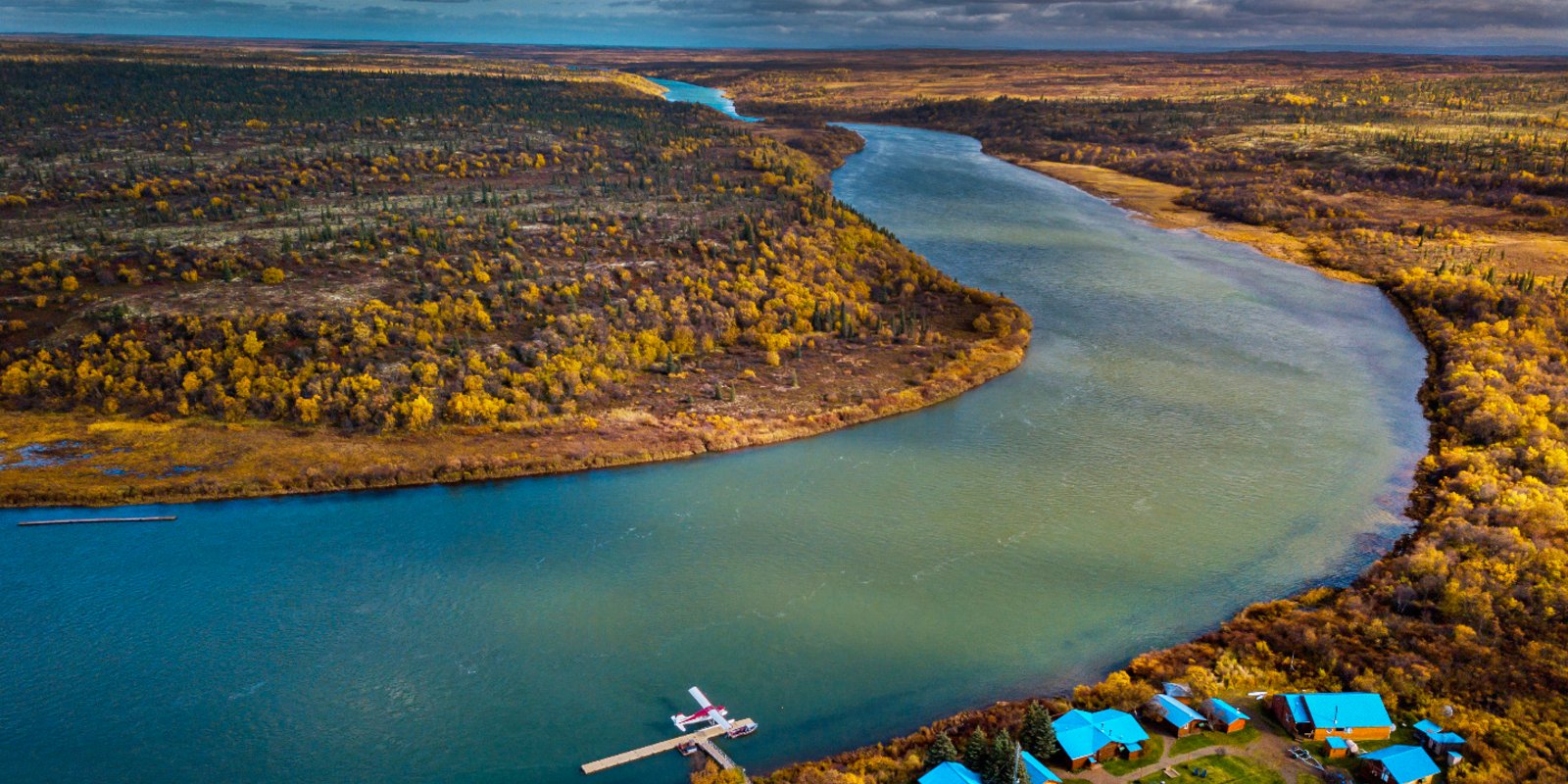 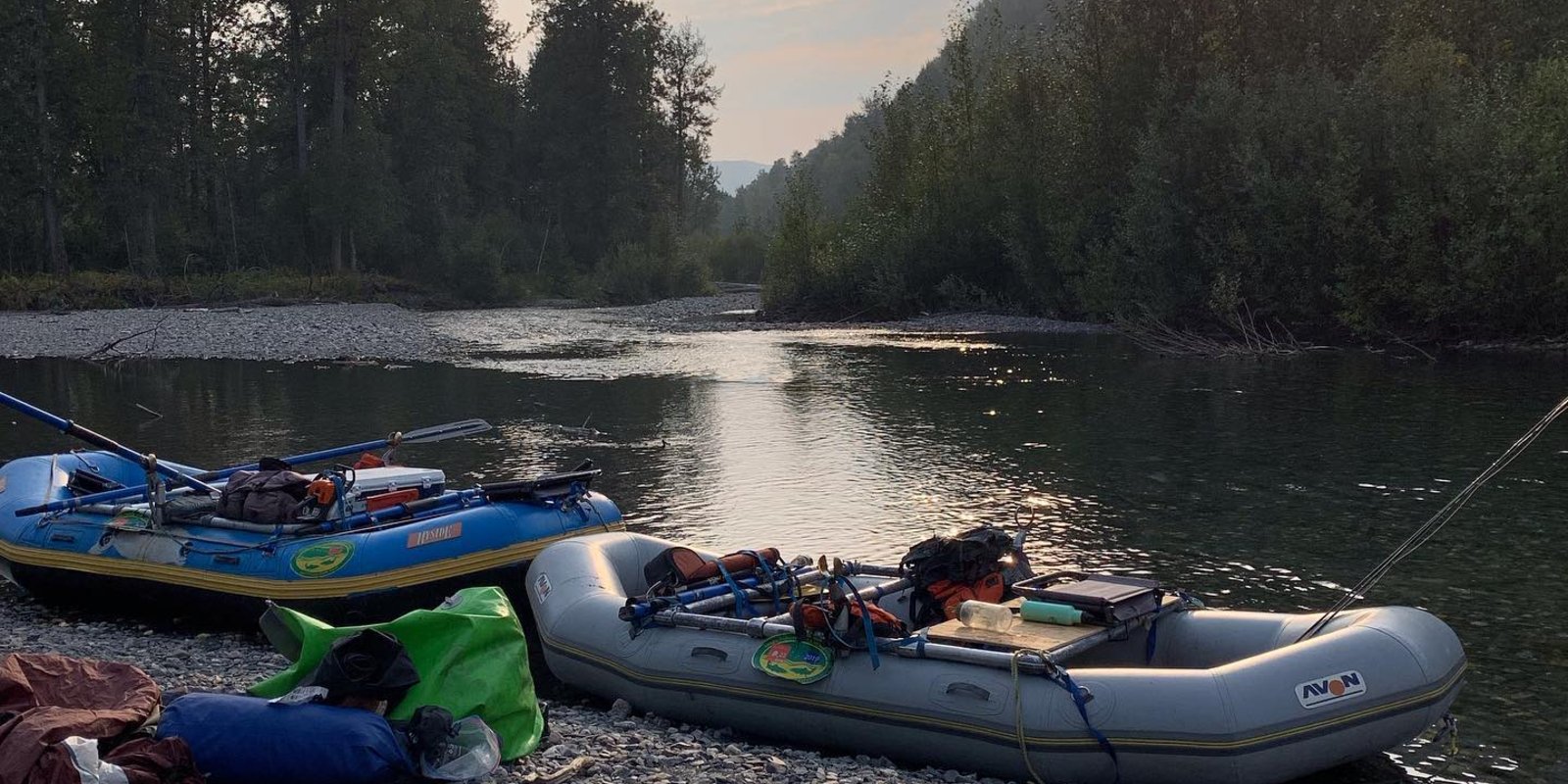