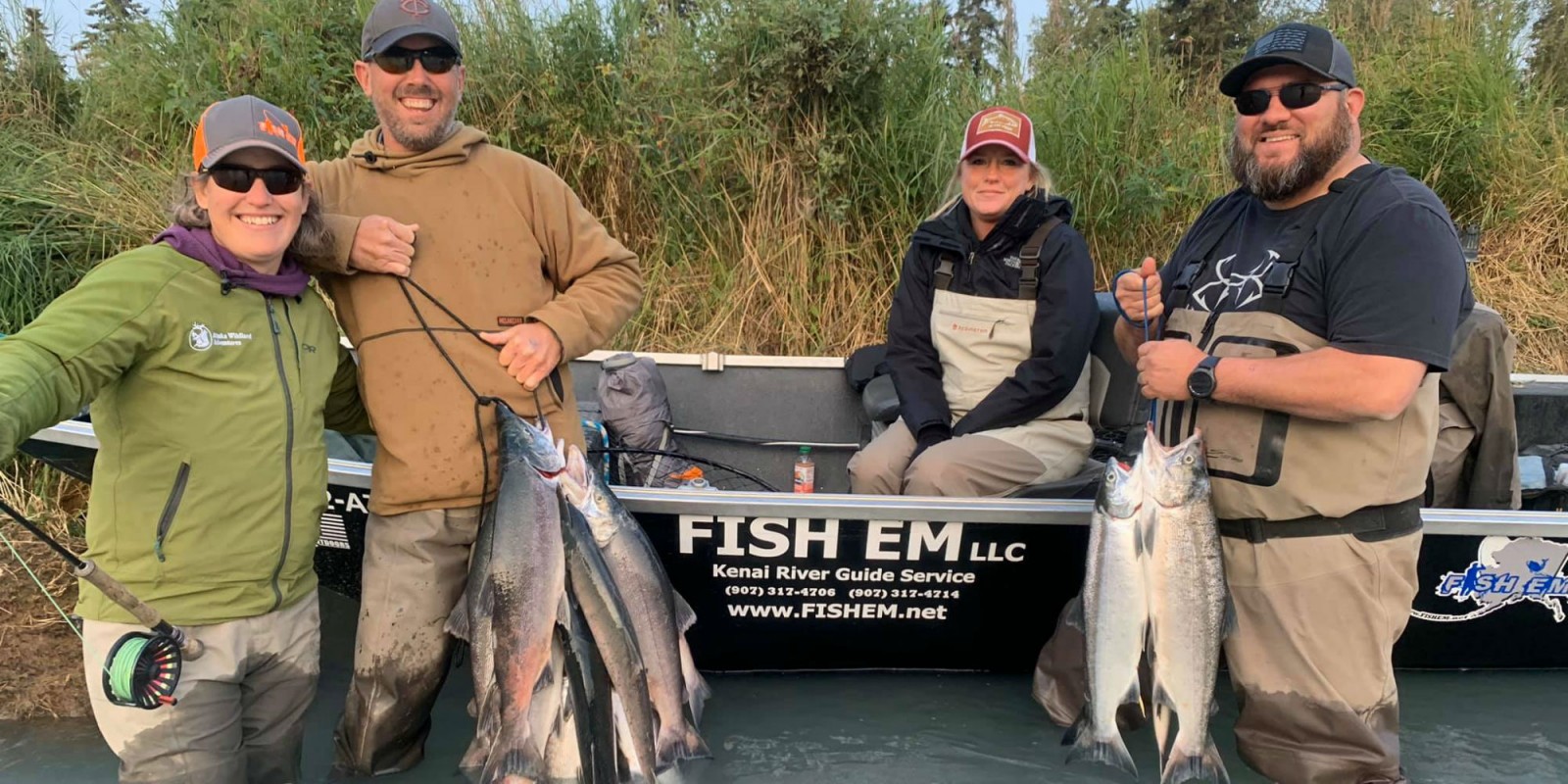 Fish Em LLC is a veteran owned freshwater guided fishing service that serves the Kenai River. They are easy to get to as they are just off the Sterling Highway in Copper's Landing. By car, this is about 2 1/2 hours from Anchorage. Some guides will pick you up at the local airport in Soldotna, which is not far from Copper's Landing.

They offer half-day and full day fishing adventures during the summer and a number of options for ice fishing during the Winter. Their winter fishing includes Arctic Grayling which are pure joy to fly fish for. They provide the waders, wading boots, top of the line fly fishing and spinning gear and boats that are designed to handle the Kenai River. Expect professional guides for parties between 2-4 people and plenty of opportunity to target Trophy Fish.Â

The Kenai River is a well-know fishing icon. It is the river that holds the world record for the biggest King Salmon caught and it attracts many fishers each year who'd love to break that record. King Salmon are just one of the many fishing targets here. May and June are the only months you can fish for Kings on the Kenai as their season closes early.Â

The river is divided into three segments.- The lower Kenai, Middle Kenai, and the Upper Kenai. Early season runs for salmon occur in the lower and middle section. The fish are often slow to make their spawning trip as they swim and then rest. August and September are the best times to vie for Silver Salmon, but be sure to check your guide as those run times vary each year. Sockeye Salmon generally follow the Kings and you can target them in June and July.

Year round- fishing targets are the Big, Fat Rainbow Trout and Dolly Varden Char. Rainbows in the 20" range are not uncommon but you can battle Trophy Rainbow Trout in the 30" range here too.Â