The Nushagak River Adventure Lodge sits near the mouth of the Nushagak River near the spot the river empties into Bristol Bay. Accessing the lodge requires a 25-minute float plane ride from King Salmon Alaska. The wood framed lodge features comfortable rooms that house 2-4 fishermen. Modern conveniences include hot water and satellite internet. Expect a comfortable stay with good food and plenty of fishing.

The Nushagak area and the land along the river are owned by the Choggiung native people. They limit the number of fishing camps and lodges along the river that means guests of the Nushagak Lodge are treated to a relaxed river. No combat fishing here. In fact, anglers should expect to find a pristine wilderness setting and a river that is full of fish. In addition, expect to see wildlife such as bears and eagles. If you are lucky, you may see wolves. You will likely hear them. Other critters include fox, badgers, and a huge assortment of birds.

The Fish, Monsters and Trophies

The fishing season at the lodge ranges from May through the end of October. The weather in Alaska is unpredictable, and while summer storms crop up, the beginning of May and October are the two months where you are more likely to encounter rain and even snow. If you are looking for the big fish then, June-July is the prime season for King Salmon. A good sized King weighs 40-50 pounds. The record is 126 pounds. Average size range from 20-40 pounds. The Red Salmon season and the King Salmon season parallel each other. What the Reds lack in size they make up for in sheer numbers. Millions of them swim upstream in thick schools. Reds are hard to catch too - Well, legally. Ask your guide about wet fly placement for improved results. Usually around the beginning of July the Silvers are heading past the lodge. Silvers are fighters and for people who love to play fish, you cannot beat the adventure on which a Silver Salmon will take you. They hit a fly with enough force to startle you. Then they begin to leap out of the water. They are smart too. They have a few tricks for breaking line.

Other fish include the Rainbow Trout, which in the Bristol Bay area can be trophy sized and weigh 18 pounds. Some of the rivers are catch-and-release for rainbows. You might also encounter Dolly Varden, which are beautifully bright and similar to a rainbow trout, except they are a char, not a trout. The monster fish is the Northern Pike.

These are top tier predator fish. They were designed to be efficient at eating other things. Inside of their mouth are over 700 teeth. Speaking of their mouth, it is wide and large and will fit a man's fist inside of it. These fish are long and lean. They lurk and gulp prey including birds, mammals, and other fish. They hang in the grassy areas of the river and in sheltered spots where smaller fish mistakenly seek shelter. Try fishing for them with a dry fly, such as a mouse pattern. Give it a little jig as it floats over the grassy water and if there is a Northern Pike there, BAM, Game On. 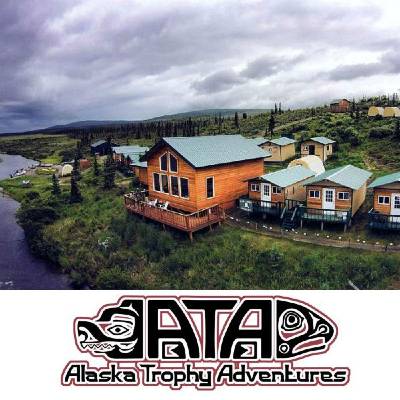